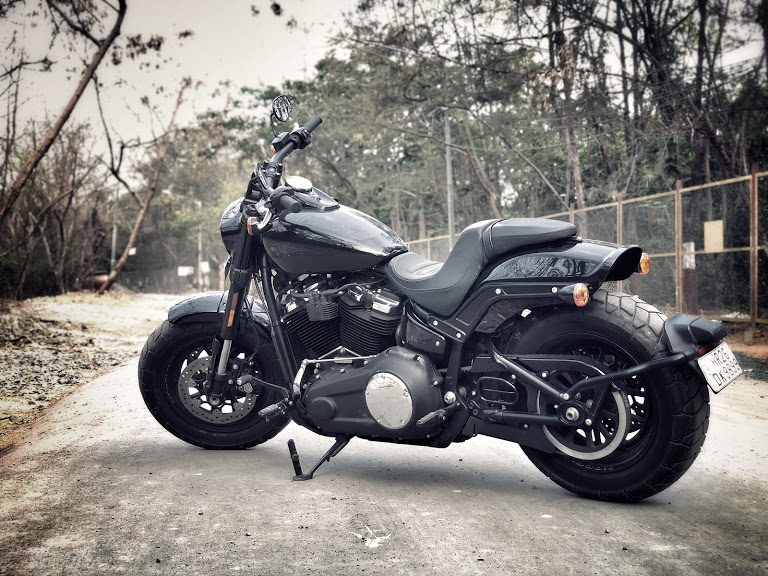 What is a Bobber?

A bobber, originally called a ‘bob-job’ from the 1930’s through 1990’s, is a style of custom motorcycle. The typical construction includes stripping excess bodywork from a motorcycle; removing the front fender, and shortening the rear fender, which is “bobbed” (as in bobtail), and all superfluous parts removed to reduce weight. 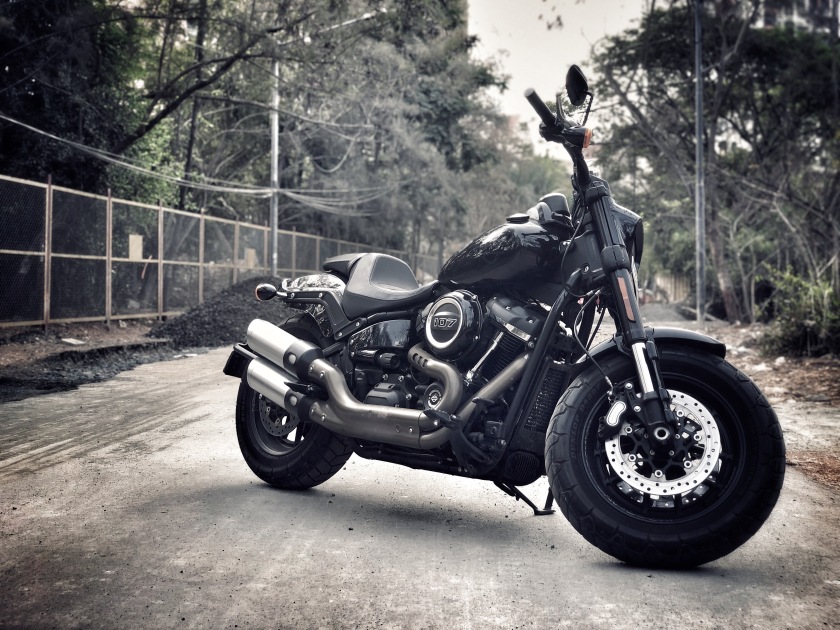 This style of motorcycle has found a large audience in the last decade or more. It reinforces the aggressive, bad boy attitude that a said “rider” wants to make whilst riding.

Harley- Davidson introduced the new Fat Bob in 2018. The stance was different from the usual design language that Harley is known for. The Fat Bob was aggressive, mean looking with an in your face LED headlight 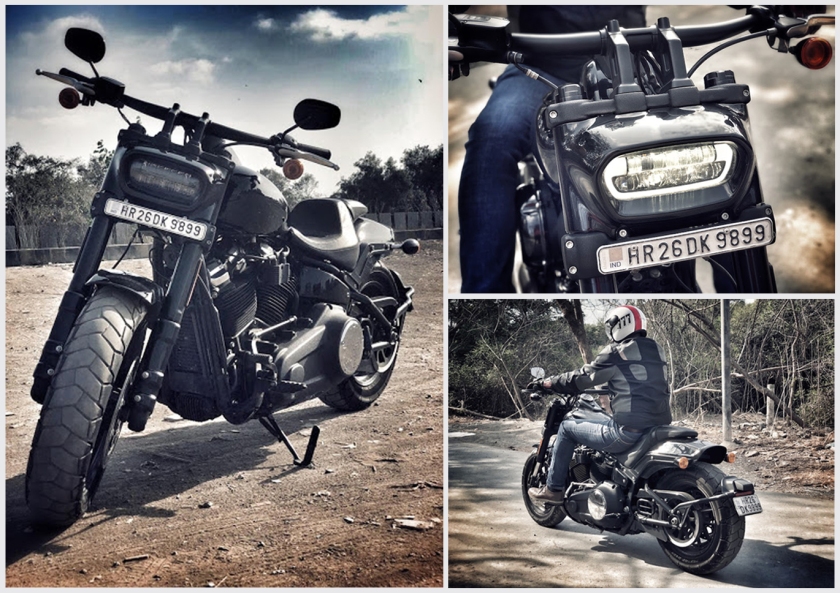 The Fat Bob screams “wild “in every breadth of its design language. The only place one sees chrome is on the cylinder heads and gearbox. The motorcycle comes with the slashed rear fender, is shorter in length compared to the other bikes in the Softail family.

The Fat Bob has a 14-litre fuel tank giving you enough gas for your 150-200 km weekend trips with an ARAI claimed mileage of 15 kmpl. The bronze header pipe heat shield further adds to the “wild” look that the Fat Bob is going with.

The Fat Bob comes with Harley’s keyless start as standard. The key is just used to lock and unlock the bike. Quality, fit and finish is very good as is expected from premium motorcycles nowadays.

How’s it to ride?

The moment you switch the Fat Bob on, the engine comes to life with a loud and powerful grunt. Then shift into first gear, let go for the clutch, and the massive 145 NM of torque comes into play. Making you forget momentarily; you are astride a 309 kg motorcycle.

The bike takes off so fast, leaving a trail of melted rubber behind… With you smiling crazily under your helmet. The sheer noise and ferocious power on display makes people turn, motorists scamper to get out of your way. The throttle response on low speeds is very impressive. Getting to 100 kmph is easily achieved on the Fat Bob. The motorcycle is very relaxed cruising at these speeds. 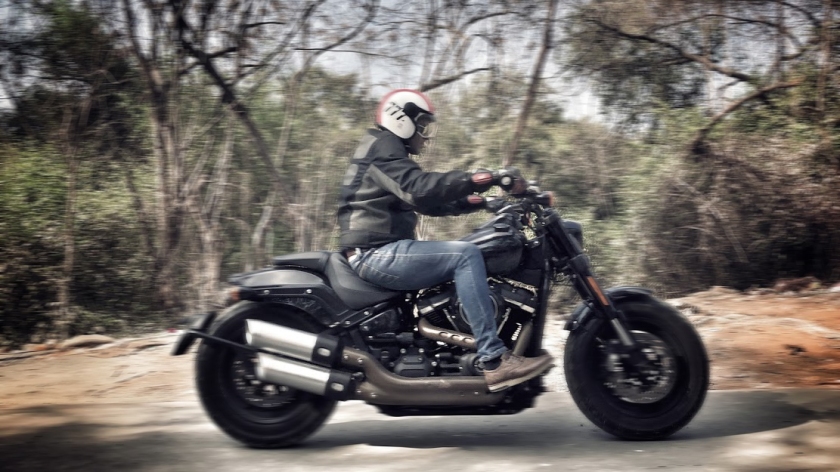 Such motorcycles are designed for straight open roads where one can ride endlessly. Riding in the city, the bike tends to heat up, courtesy the stop-go nature of our traffic.

The trick is to let the bike cruise, which it happily does even at low speeds. Switching off the engine at traffic lights is also advisable. The clutch does tend to feel heavy in bad traffic, but then again, such bikes are not designed for such a commute.

All the motorcycles in the Softail family use the same frame, but are tuned specifically as the need. The Fat Bob has the sharpest steering geometry with a 28-degree rake angle as well as the shortest wheelbase amongst the Softail family. It comes with Showa dual bending valve and upside-down forks which immensely help in the braking and steering duties. It’s not surprising that the front-end demands some serious muscle to turn into corners.

The Fat Bob is a low-slung motorcycle. So naturally, I had a bit of trepidation on how the suspension would deal with our roads. The Fat bob boasts a terrific suspension setup. It dealt with bad roads with ease despite the ground clearance being just 120 mm. One must be careful going over the god-awful speed breakers that plague our city roads. The seat is comfortable and offers good lumbar support. 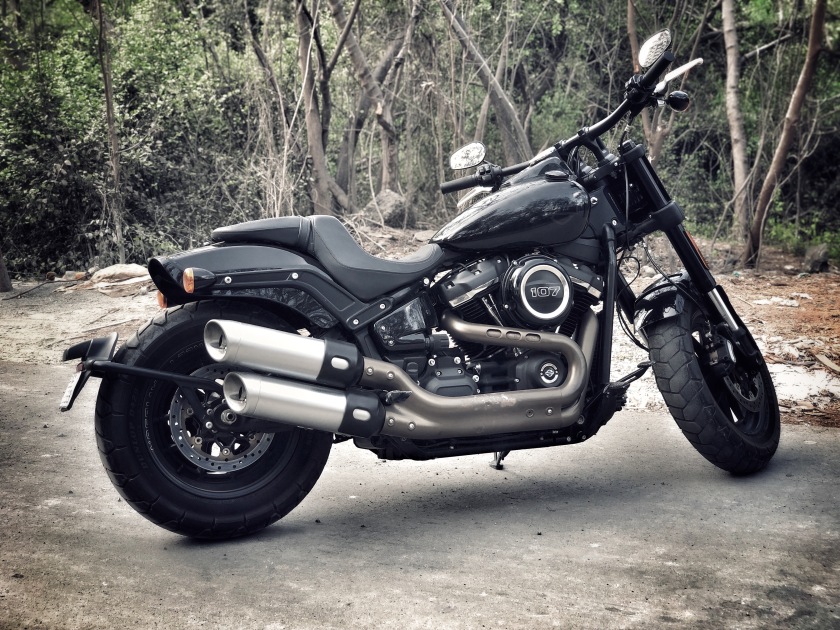 The Fat Bob is designed for the rider who enjoys an aggressive ride over long distances. Someone who wants to have fun riding cross country. This is not a motorcycle for the lazy rider who just wants to cruise around. Powerful premium riding performance is what the Fat bob offers.

If this is the bike for you then… The Fat Bob retails at Rs 14.69 Lakhs ex-showroom Mumbai.